By Paul B. Kidd

26-year-old Anita Lorraine Cobby was a nursing sister at Sydney Hospital. At one stage she had been a beauty pageant winner and was considered beautiful enough to become a professional model. But she chose to do nursing instead.

Anita lived with her parents, Garry and Grace Lynch, in the modest family home at Blacktown, a working-class suburb about 40 kilometers west of the heart of Sydney. Garry Lynch had worked as a graphic artist with the navy until his retirement a couple of years earlier. His wife, Grace, had been a nursing sister and still did the occasional casual shift at the local hospital to help them in their retirement.

As well as Anita, the Lynches had another daughter, Kathryn, aged 21. Both girls were more than any loving parents could wish for. They were good at school, never stayed out late and loved the beach and outdoors. There was never so much as a hint of drug or alcohol problems. The Lynch family would spend most of their spare time together on family outings. They shared their love of music and sports and spent their holidays boating together on the nearby Nepean River. 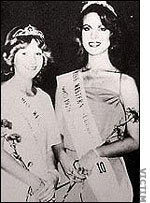 Anita was a good student and very popular with her classmates at Evans High School at Blacktown. When she was 20, a family friend persuaded her to enter a Miss Australia beauty contest to raise money for the Spastic Centre. The Lynches turned it into a family affair and worked tirelessly selling raffle tickets at local shopping centers. They raised $10,000 and Anita was crowned the Miss Western Suburbs Charity Queen. Photos of the tall beauty with her dark curly hair, infectious smile and wide eyes appeared in all of the newspapers. She became an overnight celebrity.

But Anita Lynch did not want to be in the spotlight. She could have pursued a glamorous life on the catwalk, but to her parents' absolute delight, she applied for a position as a trainee nurse at Sydney Hospital. She was accepted and went on to become a sister. Anita was so good at her work that she was accepted as a sister in the highly specialized field of microsurgery.

While at Sydney Hospital, Anita Lynch fell in love with John Cobby, a handsome young nursing student three years her senior. John and Anita were inseparable. They shared the same interests in movies and music and they studied together. Anita's parents liked John and when the couple became engaged, they agreed that their daughter had made a good choice.

Anita and John Cobby were married in a church ceremony in March 1982. Over the next three years they traveled extensively overseas and lived and worked for a time at Coffs Harbour on the New South Wales north coast.

They returned to Sydney in 1985 and within a matter of months, the marriage was inexplicably over. Anita went home to live with her parents at Blacktown. The young couple kept their marital problem to themselves, but it was obvious that they were both deeply distressed by the break-up. They kept in touch constantly by phone, but they did not get back together.

Anita Cobby had no trouble getting her old job back at Sydney Hospital. She threw herself into her work to forget the heartache of her broken marriage, spending most of her time at the hospital and in the company of her work colleagues. Sister Cobby didn't mind what hours she worked. When she was working late at night, she would ring her father from Blacktown Station and he would come and pick her up. It wouldn't matter if Garry Lynch was in bed asleep, he would still find the time to collect Anita.

Why Anita did not ring for her father to collect her on that fateful Sunday night, but chose to walk home, will remain a mystery that can never be answered.

Mystery Meet
This is the trio that tries to raise the dead.
Get to Know Them »

Butt Out
Tipsy man can't keep his pants on.
Pull Them Up Here »

Catchy
The 'Hot Pursuit' theme is one great tune.
Hear The Song »